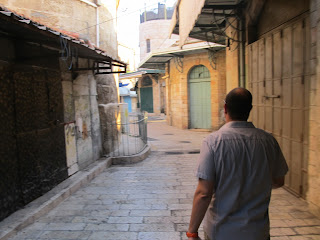 In the Catholic school of my boyhood, I was taught that the Jews were my enemies and that they had crucified my Jesus. They never told us that Jesus Himself was Jewish. I thought Jesus was Catholic and spoke only Aramaic! Only later did I learn that, although most of the Jewish leaders in Jerusalem wanted Jesus killed (multitudes of the Jewish common people loved Him), Pilate also had a central role in Jesus’s death.
One day as I was walking to school, a friend mentioned that Jesus was Jewish. What! I demanded that he say it again. He repeated confidently that Jesus was Jewish.
I almost hit my friend. Surely he had blasphemed! The Jews had crucified Jesus, so there could be no way that Jesus Himself was a Jew. Besides, Jews in general were the enemies of us Palestinians, so how could the Jesus I loved have been Jewish?
Confused, I spent the next week repeatedly asking my teacher, my father, and others the same question: Was Jesus Jewish? Was He? Was Jesus Jewish?
They all answered yes.
So it was that, at age eight, I received my first revelation about Jesus’s identity—and it changed my understanding of my own identity.
Posted by Unknown at 12:07 PM